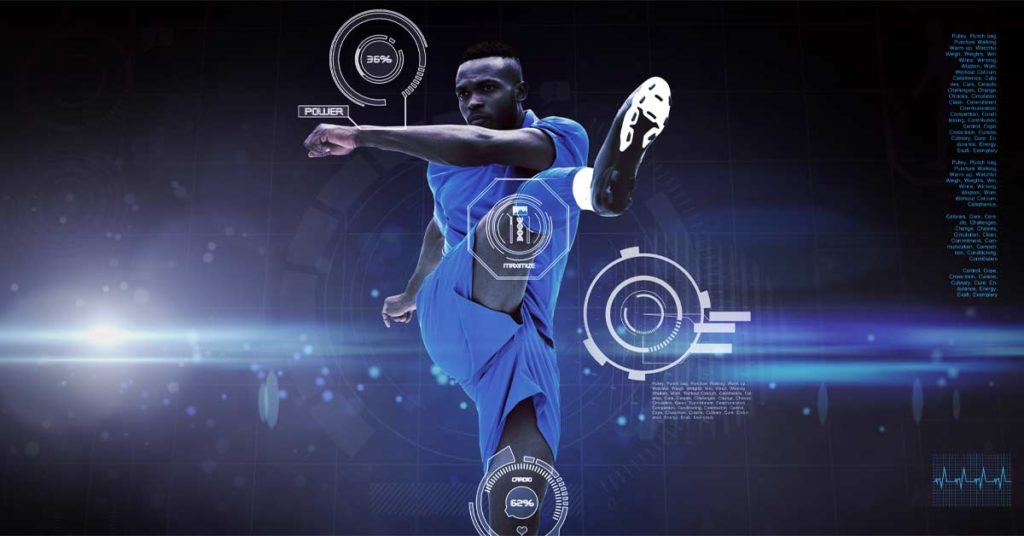 Sport, like many other industries, has been elevated by tech. From advanced footwear to new stadium and drone footage, both athletic performance – and the television and entertainment value of sport – has found new footing in the digital age.

While films such as Moneyball famously brought attention to a new era of data-led scouting, and marathon athletes such as Eliud Kipchoge have pushed the limits of endurance by running a sub-2 hour marathon with a novel form of technical, elevated footwear developed by Nike, there are myriad developments going on behind the scenes that have improved not only the limit breaking success of sporting endeavor, but the safety and longevity of athletes in extreme sports. 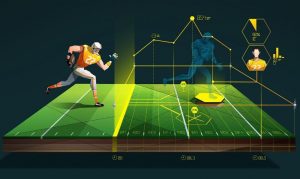 Here is how tech is changing some of the central components of sport across the world.

While wearable tech has rightly been lauded as the great technical advance within sectors like healthcare, athletic performance has, and continues, to benefit from this novel form of tech and engineering innovation.

Technogym summarizes it thus, “Wearable devices that can monitor heart rate were integrated with tracking technologies that include global positioning system (GPS), accelerometer and gyroscope sensors, which are used to describe the athletes’ movement and physical demands”.

From pace-setting to injuries, heart rates to distance analysis, wearable tech has become the front line of data-led performance management in sport. There are some amazing examples of wearable tech in sport, from the weable swimming tech to such as the Suunto Smart Sensor and Moov Now, to boxing wearables such as Hykso.

The performance and consistency of pitches or grounds in sports like Soccer, Golf and Tennis are vitally important.

Groundskeepers are responsible for consistently delivering pitch-perfect conditions for every event, and while attention has been on expensive and visible changes to venues, such as stadiums putting covers over their stands and pitches, behind the scenes (and under the ground) agro-scientists are innovating in everything from moisture-controlled stadiums to durable seed development.

For example, “Augusta National Golf Club has both a weather station and a soil lab on-site to maintain the prestigious grass at near perfect conditions for the Masters”, and the All England Tennis club test over 100 versions of rye grass at a the Sports Turf Research Institute in Yorkshire throughout the year to create the best grass for centre court at Wimbledon. 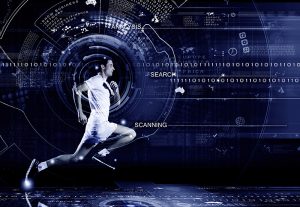 Sportspromomedia.com highlights some of the advances made to in-venue sporting experiences, such as, “touchless security scanning, digital ticketing, in-seat ordering and contactless payments…The move to digital ticketing and mobile payments also gives greater opportunity to increase data capture on stadium users whilst reducing fraud. By gathering richer data at all steps of the customer journey – from the time they purchase their ticket to the time they return home from the venue – stadiums are able to build a 360-degree view of the fan.”

This point – of creating more personalized, more engaged fan experiences – is why tech is being rolled out more and more in stadiums across the world.

While the inclusion of novel tech innovations such as facial recognition or biometric data gathering within the ticketing process may rub some consumers up the wrong way, “experiential” sporting venues will continue to grow as consumers want more from their game day visits, and tech will be central to improving this.

Companies such as Armored Things (crowd security and venue security) to Waitime (crowd intelligence) are already companies who are used around the world to improve game day services, safety and expectations.