Every year, some of the world’s most prestigious media publications print their guide to the most livable cities in the world. But in the age of disrupted workplaces and post-pandemic reevaluation of whole cityscapes, livability has changed. So what makes towns tick in 2022 and beyond?

Livability has long been a critical metric for people when considering where to live, work and raise a family.

And, despite the many financial, cultural and familial reasons why people choose to live in some areas – from family commitments, and historical and social connections, to the price of living pushing people out of areas – major urban areas love to tout their “livability” as a form of lifestyle and family-oriented marketing; a clarion call for people to move, and stay, in a city and benefit from their particular brand of urban community living.

But surely one man’s “livable” is another man’s “too expensive” or “too far away from my family”. Surely “livability” is subjective?

And isn’t every city different, built on thousands of years of unique development, politics and cultural creation, music, culture, migration, war and commerce?

Despite all that, there are, seemingly, some fairly common criteria for the livability of a city! 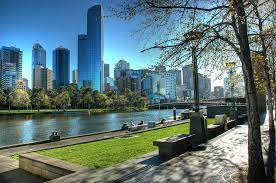 One of the most complete and well-respected livability tests is the Global Liveability Index, an annual test arranged by the Economist Intelligence Unit (EIU).

“The Global Liveability Index quantifies the challenges presented to an individual’s lifestyle in 173 cities”. The GLI is featured in a lot of media, due to the respect and diligence of the Economist’s reporting and long-standing approach to fair urban judgement, for example:

Other companies, such as Global Finance, Monocle’s Quality of Life Survey, Kisi, and TimeOut supply surveys and reports on cities around the world and what it’s like to live, work and grow there.

What criteria are cities judged on to make them more or less livable?

The GLI has built a simple but consistent ranking system for their judged cities:

“Ranking position and overall livability scores for all cities across five categories: stability, healthcare, culture and environment, education and infrastructure”. It also judges “key factors that will affect the development of cities in the future”.

While it’s almost impossible to determine whether the Economist’s annual report, for example, has any marked effect on house prices, or enterprise or startup investment in certain urban areas, the reports are incredibly good indicators of a city’s direction.

These sorts of surveys lend themselves to helping people build an understanding of the rhythms of life and culture in a particular area, and the trajectory of the more human-centric, holistic element of living in a particular area – for example the quality of the local education system; the barriers to entry for a getting a job; social mobility; the feelings and emotions of residents and why people want to be there.

Who’s the most recent GLI winner?

For anyone who’s eager to move to a clean, innovative, modern, cultural, well-protected, safe and green city, Vienna (this year’s GLI winner) gets the gold medal! But other cities of note, such as Melbourne, Calgary and Copenhagen, have been floating around the top 5 for several years, and continually represent some of the safest, most supportive, growth-led cities in the world.

Some urban areas are so full of wonder, history, entertainment, good quality jobs and culture that they are considered more liveable than every other city. But what constitutes livability – and judgements of livability – are deeply personal – but that’s not to say world-renown surveys and annual reports such as The Economist’s Global Liveability Index don’t provide readers with a whole host of rich information on some of the fastest-growing, most culturally rich cities in the world.